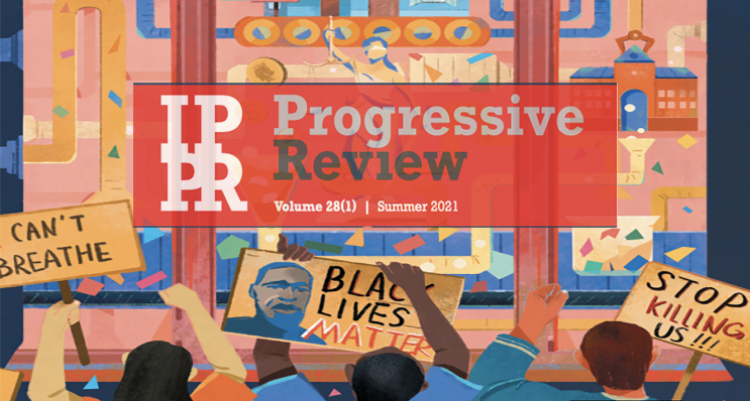 When IPPR approached us at Race on the Agenda with a view to us guest editing an issue of their journal the Progressive Review, on the theme of race equality and justice, it was an offer we couldn’t refuse. We reached out to some of the great minds in our network and commissioned a number of thoughtful articles which examine the thorny issue of race from various angles.

It was back in 1999, with the release of the MacPherson report on the death of Black teenager Stephen Lawrence, that the term ‘institutional racism’ first entered the public lexicon. In the months that followed, there was much public hand-wringing, with various institutions and public bodies asking themselves if they too could be institutionally racist.

Some two decades later blatant racism is much less socially acceptable and much less visible.  So much so, that many argue that racism is no longer a feature of life in Britain, and no longer an obstacle to the progress of this country’s ethnic minorities.

However, the murder of George Floyd by white police officer Derek Chauvin in Minnesota in 2020, and the subsequent Black Lives Matter protests it sparked around the world, once again knocked polite society out of its state of complacency.

Now it is argued that it is not enough to be ‘not racist’. White people instead should be ‘anti-racist’, making a conscious effort to dismantle the racial inequality that exists around them, and that they inadvertently benefit from.

The widespread BLM protests provoked the UK government to commission their own investigation into racial inequality in the UK. Their conclusions were that, though racism still exists, the term is thrown around far more frequently than the evidence would indicate.

The phoney ‘culture war’ that has raged since last summer has focussed on purely symbolic matters like ‘taking a knee’ or the statues of former slave owners.

For organisations like ROTA, the racism we concern ourselves with on a weekly basis, is not so much the symbols or racist epithets and street level violence. We are much more focussed on how government policies and the actions of institutions adversely affect those of us who are not white. In the articles we have commissioned for this special issue, we examine how racial disparities permeate every corner of society.

It is this approach that is reflected in the articles we commissioned for The Progressive Review. The afore-mentioned ‘culture wars’ are discussed by ROTA’s own CEO Maurice McLeod.

The disillusionment of young people with the traditional political parties, and their preference for street protest, is discussed by activist and author of 'How to Change it' Joshua Virasami.

One of the areas where we most often see accusations of discrimination are in Black people’s interactions with the police. To address this, we commissioned an article from campaigner and Founding Director of UNJUST C.I.C, Katrina Ffrench.

Another area that has long been embroiled in the institutional racism debate is education.  To this end we have a piece jointly written by Policy officer at the Runnymede Trust Alba Kapoor and Lit in Colour Programme Manager at Penguin Random House, Zaahida Nabagereka.  Together they outline exactly what steps they are advocating to decolonise the curriculum.

Looking at the workplace, institutional racism and the gig economy are examined by Policy Officer for Anti-Racism at the Trades Union Conference (TUC) Lester Holloway.

And tying it all together, independent researcher, writer and consultant Dr Sanjiv Lingayah argues that racism is a system and examines why those in power might find it hard to confront its existence.

You can get access this special issue of The Progressive Review for a limited time by using this link. https://onlinelibrary.wiley.com/journal/25732331